Why you Need a Vitamix 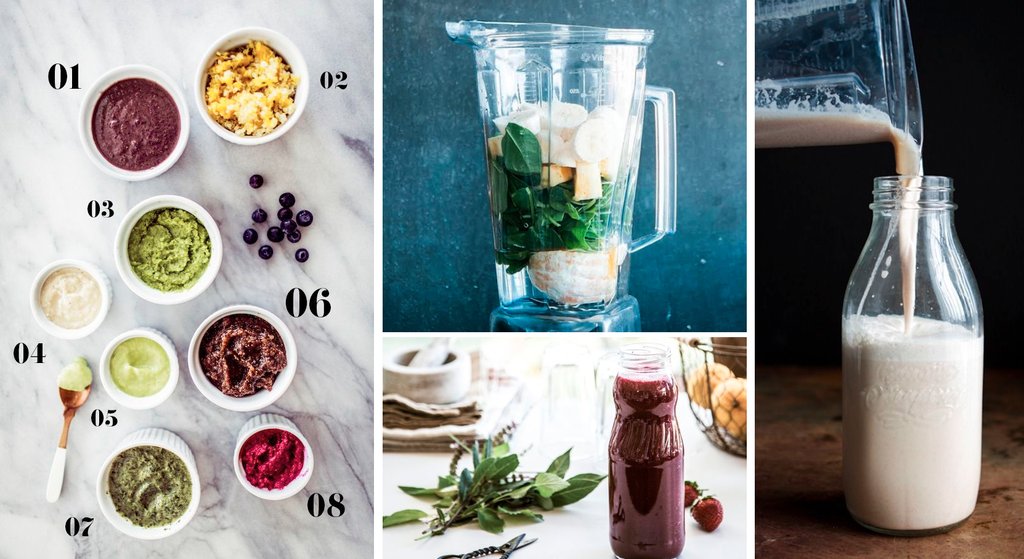 Gourmand. A person who loves good food (and occasionally enjoys it too much) — one who is flavor-obsessed, often dreaming about what to make for dinner while enjoying her lunch. Yup, guilty as charged, and it probably comes as no surprise that I’ve been impatiently waiting for the month when Phoebe could move past milk and start experiencing the pleasure of real food and the vast culinary world of tastes and smells. Several of y’all have left comments asking about whether I make Phoebe’s food and what she likes to eat, and now that she’s 10-months-old, she’s enjoying enough of a variety of flavors that I thought I’d finally share some of her favorites. Carrie came over one morning last month to capture one of our “cooking” sessions together.

I decided early on that I wanted to teach Phoebe that meals are for making and then eating together, and vegetables are really something to get excited about (seriously, they are.) Usually, I pull up her highchair next to the counter so she can see the action, and I describe exactly what I’m doing as she watches. Whenever I start chopping a new fruit, vegetable or grain, I give her a taste so she can learn to identify each flavor with its source (since it’ll ultimately be puréed with a mix of other things.) Besides, grazing while cooking is always more fun, right?

A friend gave me one of those awesome Baby Cook food makers, but I’ve ended up using my Vitamix blender to make pretty much all her food. Usually I have it out on the counter after my morning smoothie anyway, so it’s just easier. When I’m roasting vegetables for Adam and me, I always make extra so I can throw them in the blender to make a purée for Phoebe. A little rotisserie chicken left over from our tacos? Into the blender they go. I try to introduce a few interesting spices at a time so that she doesn’t become accustomed to bland food, like cinnamon with sweet potatoes, or cumin with roasted chicken.

And now, for our current favorite flavor combinations… These are all packed full of nutrients and interesting flavors to get Phoebe’s taste buds working. Oh, and a note on organics: I honestly wasn’t that into buying organic produce before I got pregnant, but I did some research and learned how much more intensely babies experience harmful pesticides and decided to make the switch. I know, organic produce can be crazy expensive, so if you’re still on the fence, think about at least buying the “Dirty Dozen” organic — doing just that has been shown to reduce exposure to pesticides by more than 80%.